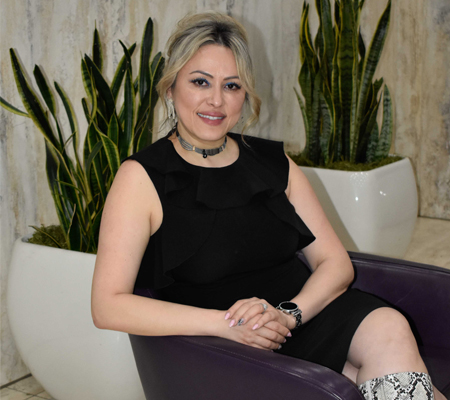 If you’re at all involved in governance, education, or the business world in Edmonton, you’ve probably crossed paths with Dr. Vivian Abboud. Her comprehensive resume includes multiple portfolios as an Executive Director with the Government of Alberta; a community advocate and business founder (V-VA Salon & Spa and VivaCafé Cafeterias); and most recently, Chief Executive Officer of the Alberta School Boards Association (ASBA).

For her whole life, Vivian has strived to work as hard as she can, to make her world—and the world around her—a better place. It wasn’t always easy, but that’s what’s made her career and extracurriculars all the more impressive.

Vivian came to Canada at the age of 17 and wasted no time making Edmonton her home, and her name known. She finished her Bachelor of Education degree in three short years. Vivian taught full-time for seven years; led the math department; completed her Master’s degree and a Principalship Development Program; and developed a math resource. But her formal education wasn’t complete until she attained her Doctorate in Policy and Governance.

She also found the time for motherhood. Vivian and her supportive husband Norm are the proud parents of three children (Brianna 20, Michael 18 and Nick 15).

When she’s not busy in her official capacity as CEO, Vivian spends her time giving back, offering her services as Chair for the Edmonton Citizenship Committee Institute and the Chair of Daughters Day; a Director with Canadians For Civil Society; and a Senator with the University of Alberta. In 2013, Vivian played a key role in the development of the Women of Advocacy Voice of Edmonton.

For her philanthropic endeavours in Edmonton and across Canada, Vivian’s accolades include Arab Award of Excellence in North America; one of RBC’s Top 25 Canadian Immigrants; one of Avenue Magazine’s Top 40 Under 40; and one of Canada’s Top 40 Women Change Makers in Canadian Living Magazine. Vivian has also been profiled in several magazines and on TV stations (all available online).